Here my monthly list of my favorite threads at Blender Artists Forums: 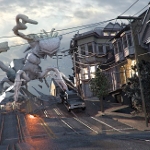 The bugs that ate San Francisco…. by Michael W


A stunning action scene, a realistic picture of a street and great character design in one single work? Yes, it’s possible. Although being unfinished, the development of this WIP already shows that the result will be something great. I especially like the light effects making the scene dramatic and I can’t wait to see the character finished and put into this scene. 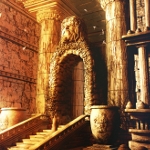 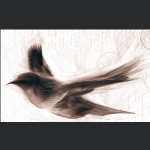 These four artistic images are surely among the best I’ve ever seen on Blender Artists. While I find the first two images nice and well-done, I am totally impressed by the last two ones: Ornithology, this bird surrounded and build with relatively simple shapes and yet perfectly expressing the motion of the flying animal. Sanctum, a holy site that becomes giant and mighty when we see the coated person walking into the entrance. 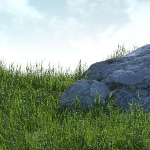 I think we all know these hundreds of more or less good-looking particle-grass experiments of which many have the goal to create realistic grass. Some look pretty good, but there are hardly any really realistic examples. Therefore this image was necessary – to show that realistic grass, and even more difficult long realistic grass is possible – if you really model the grass and texture it nicely. You can even download the .blend-file of the grass to see how it’s done. 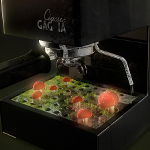 I love this image because when I look at it, it really seems to me like this coffee machine would have trickled for a really long time and would have produced this strange vegetation over weeks because someone forgot to turn it off before he or she left. And in some way, through the letter that fell of and the unhealthy-looking texture all over the machine, you get the impression that nature took control over this machine. 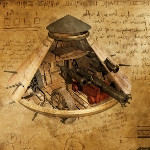 Probably you already know Leonardo da Vinci’s sketches of wooden tanks which he developed in the 15th century. Now Kubeczek rebuild one of these tanks in Blender and presented it in a both scientific- and old-looking way, with hand-drawn notes (written from left to right so that you can read it with a mirror – exactly like da Vinci did it). I find this idea and work a nice homage to the ability of da Vinci to invent things long before they were realized with modern technology. 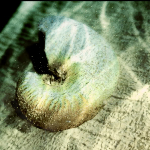 Some people see a challenge in creating photography-like images in Blender. Others want to make art without caring about realism. This image looks like artistic photography, like someone would not have wanted to make a perfectly realistic photograph but one that captures the atmosphere of the place and the moment and I believe this is what makes this Indigo-Render special and great. 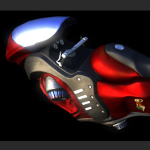 This flying motorcycle caught my attention because it really looks good both from the design concept and the lowpoly result in which you hardly see that it is a game model. And so even totally sceneless and with a simple light setup, you see the potential of this racing machine.