A bit more than half a year ago, I started modelling and texturing the Jet of the Italian aerobatics team “Frecce Tricolori”, an Aermacchi 339. I did all the test-renderings in Indigo at that time. Now I found some time to finish the jet and transfer all the settings to Luxrender, the modelling now looking like this:

And some shots of the plane in a test-environment:

Now I try to find a nice scene-setup for the plane and started with creating an airport-texture in gimp, then putting it into Blender and animating the ground plane for the motion blur (I could also have animated the aircraft and the camera, but this would have been more difficult).

The result with a lot of motion blur was interesting, but everyone told me it looked anything but realistic. Because my intention was to make it look realistic, I now threw away the motion blur and only added some Depth of Field. Finally I also followed a hint from troggel in the German Blender-Forum to add a small part of a cockpit in the foreground to give the viewer the impression to look at the jet from a second jet in front of the visible one.

Now the result is this, and I still think about ways to improve the scene although I am already pretty happy with it: 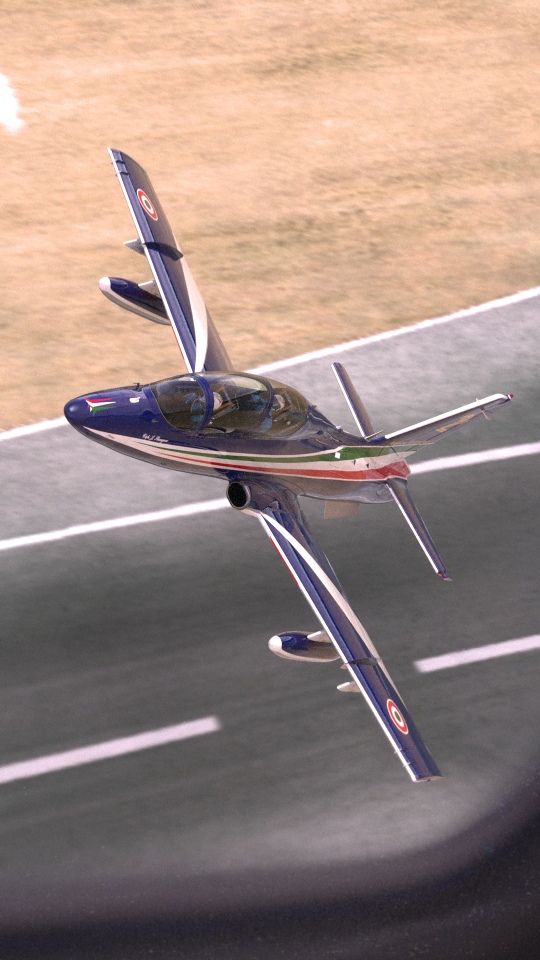