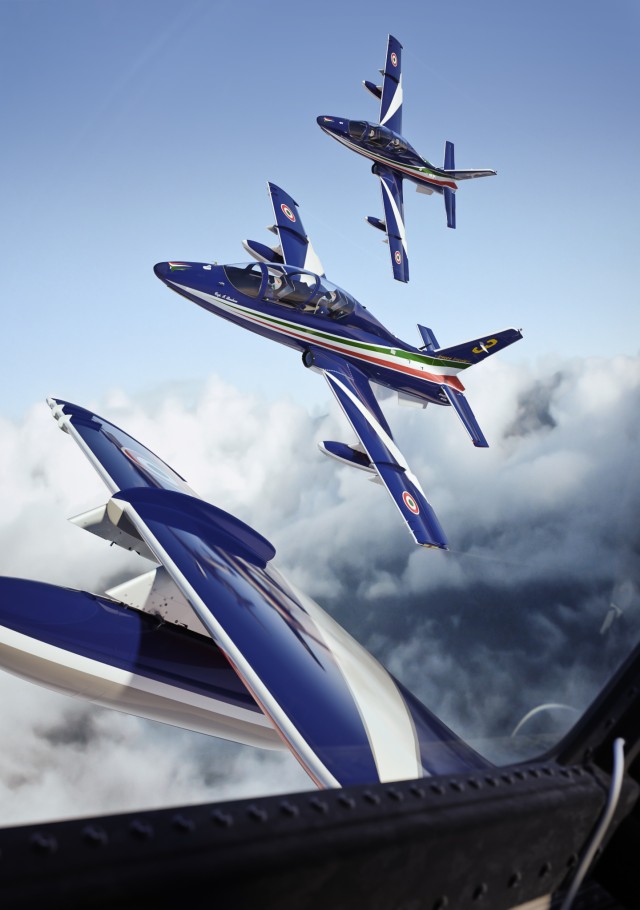 This image shows two aircraft of the Frecce Tricolori, the aerobatic display team of the Aeronautica Militare, climbing through the clouds and seen from the cockpit of the formation leader. The “three-colored arrows” were formed in 1961, the Aermacchi MB-339-A/PAN type aircraft are flown by the team since 1981.

What inspired me to create this scene, apart from myself being an aviation enthusiast, is probably that they were the first jet aerobatic display team I ever saw. That was during a holiday in Italy around 2006, and it took until 2008 until I had the modeling skills to be able to attempt creating a model of an airplane that I wouldn’t be disappointed with myself. I considered the project to be finished in 2010 when I rendered the first final version of the scene in Luxrender – in low resolution and with a lot of noise due to a lack of computing power at that time.

When I looked at the image a few months ago, the imperfections of some of the modeling, the noise and resolution all made me decide to re-render the image. However, this time, I wanted to do it in Cycles to also find out how well it could deal with a scene that is relatively complex from a sampling perspective. It turned out to be indeed very difficult, but ultimately possible with some tricks in the compositor to get the look and realism that I wanted – especially in the glass areas.

The setup in the Blender compositor looks quite complicated, but most of it is the combination of the several steps of rendering this to achieve the final amount of samples per pixel. This was necessary because I had to activate caustics in the Cycles settings to get any light inside the aircraft cockpits.

Other steps include additional window reflections (rendered with glossy material instead of glass), contrails done with a mask that I rendered in the traditional Blender render engine, and some basic grading. Because of the better and faster workflow, the final grading was done in Lightroom 3. 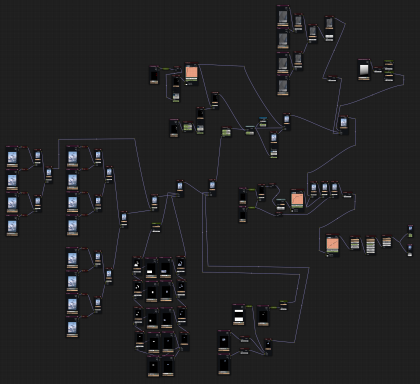 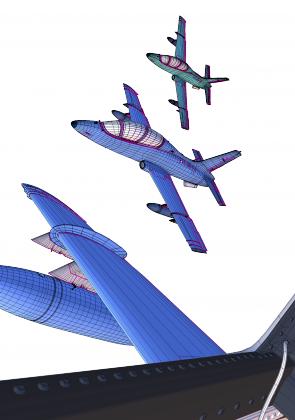 I hope you like it. Thanks to the blendpolis community for a lot of help and support.