Last week, I had the chance to be able to visit the 17th Conference on Animation, Effects, Games and Transmedia in Stuttgart, FMX 2012. Like last year, this was a great opportunity to meet many interesting people and see interesting talks and panel discussions.

The talk highlight of this year’s conference for the Blender community was the presentation by Thomas Dinges and Andy Goralczyk, showcasing and discussing the newest developments in Blender. Not only was the room filled to the last seat, the talk was also very well-received and the questions showed a lot of interest in Blender, especially by people who had used Blender a few years ago and given up on it then. It seemed like Andy and Thomas were able to persuade quite a few of them to give it a second try now.

(Find other highlights of FMX 2012 below, after these images) 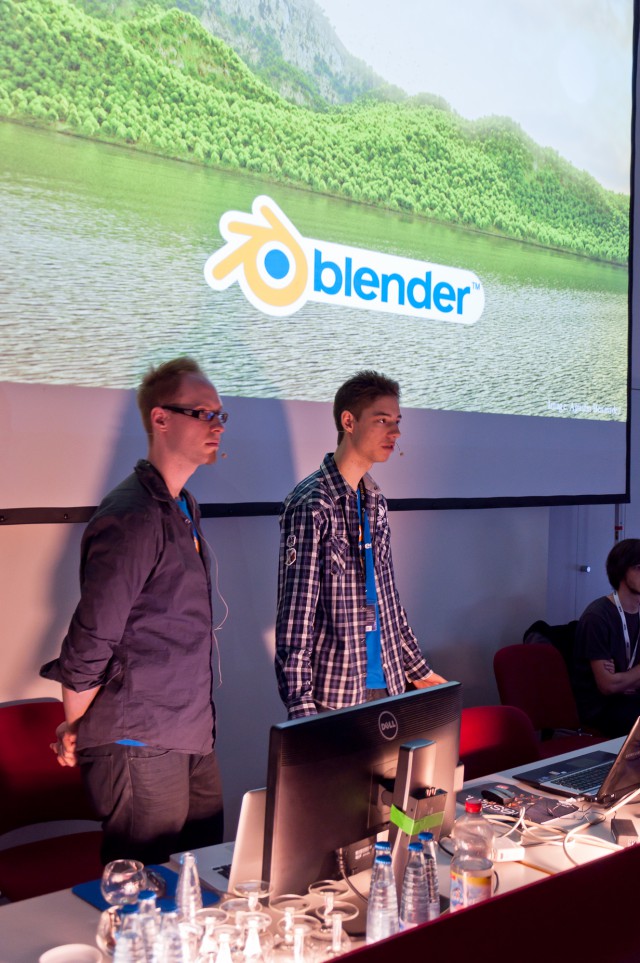 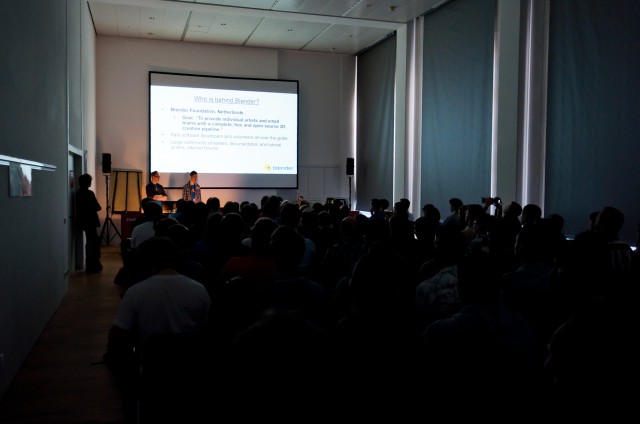 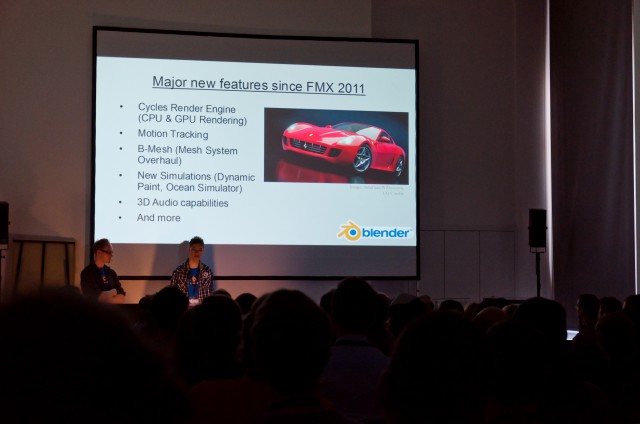 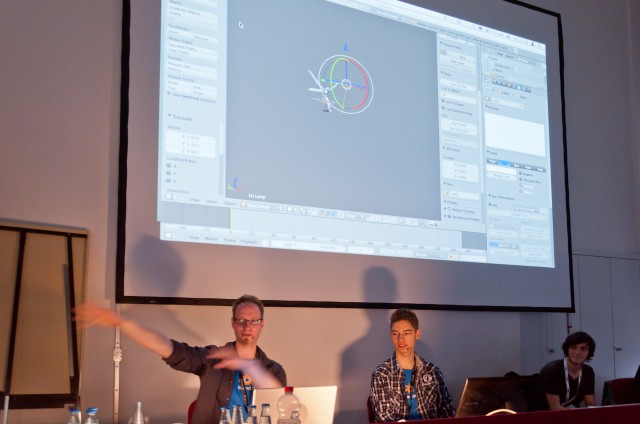 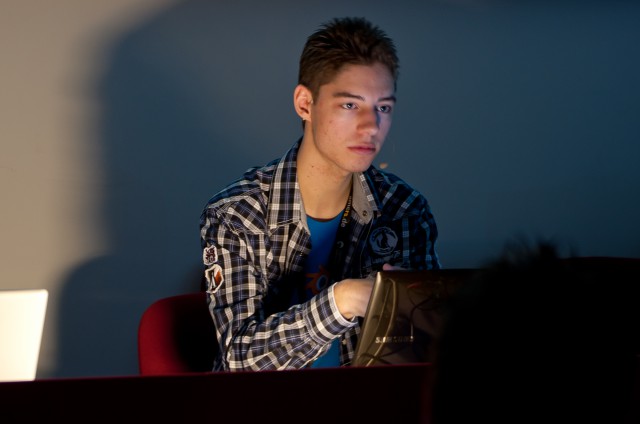 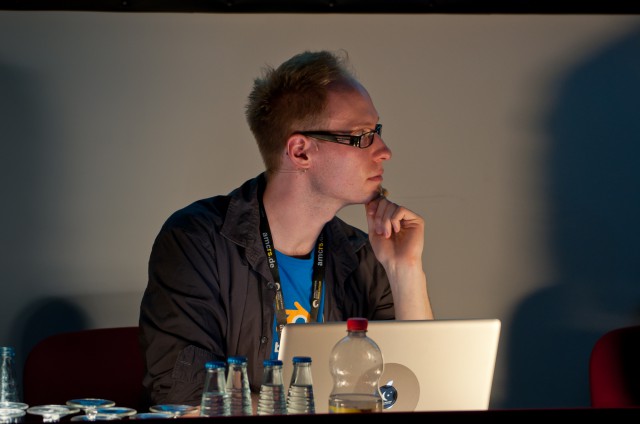 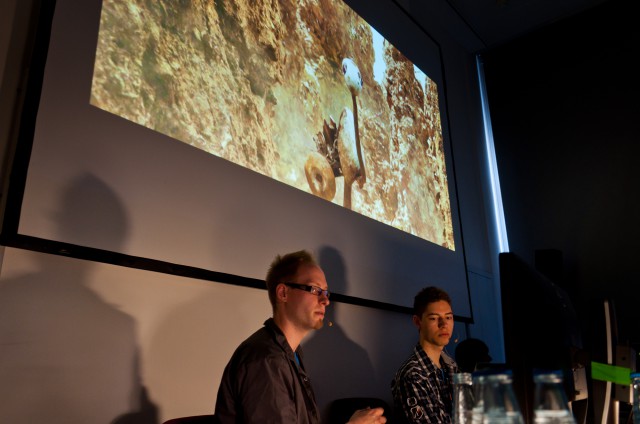 Andreas used a character from his latest movie, OMEGA, to show a basic composition setup for integrating a character into a background plate. 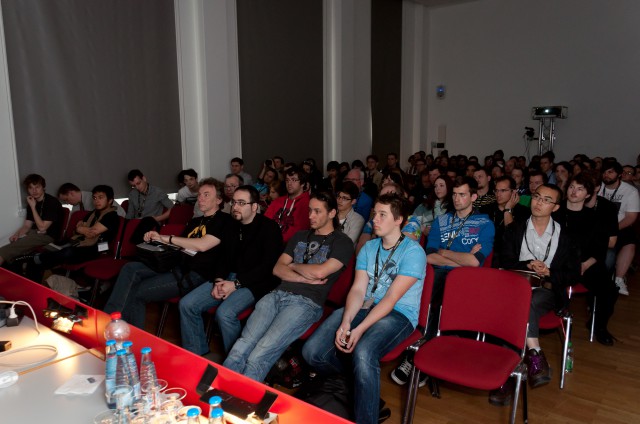 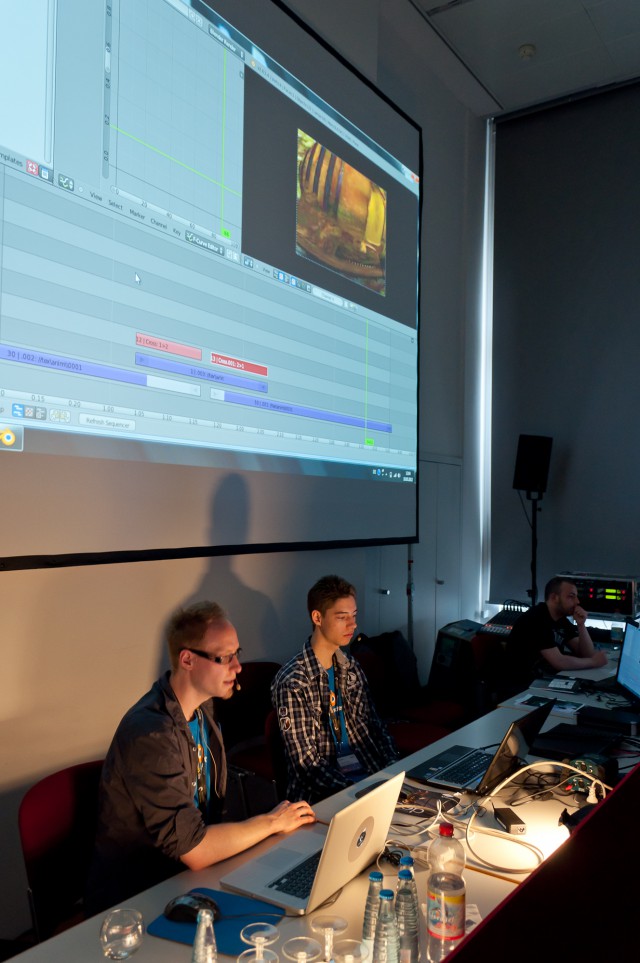 Afterwards, many interested people assembled at the CADnetwork booth to see Cycles run on an impressive workstation with 4 GPUs (of which Cycles could only use two – one Quadro 6000 and one of the three Tesla C2076s). 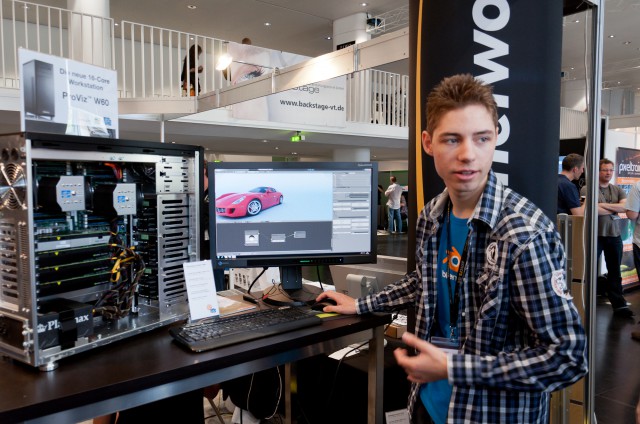 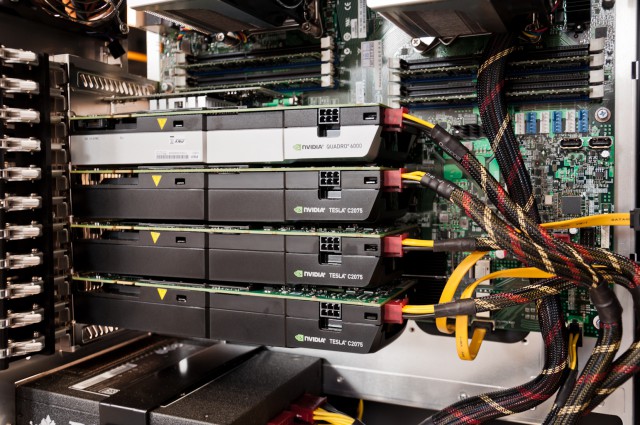 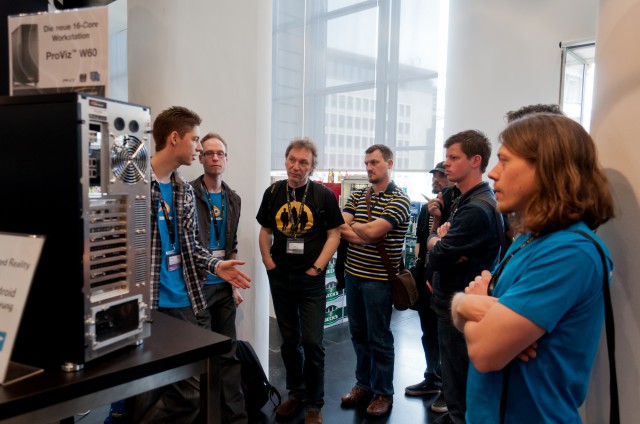 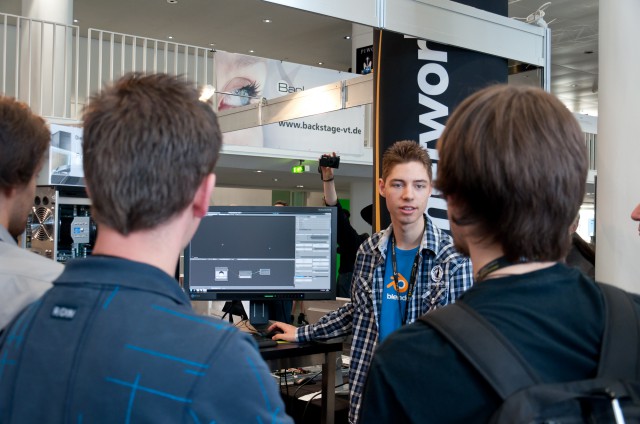 The most interesting talks and panels I saw included:

Cinema of the Future: Frame Rates – a panel with Bill Desowitz, Ray Feeney and Doug Trumbull. 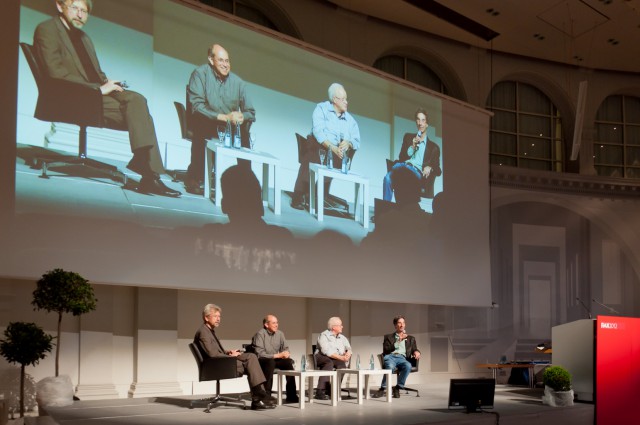 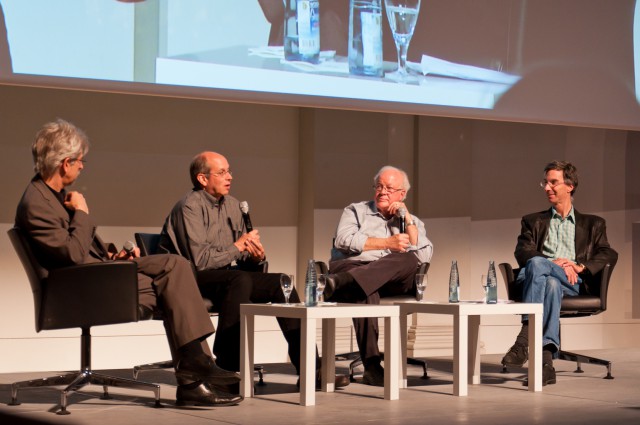 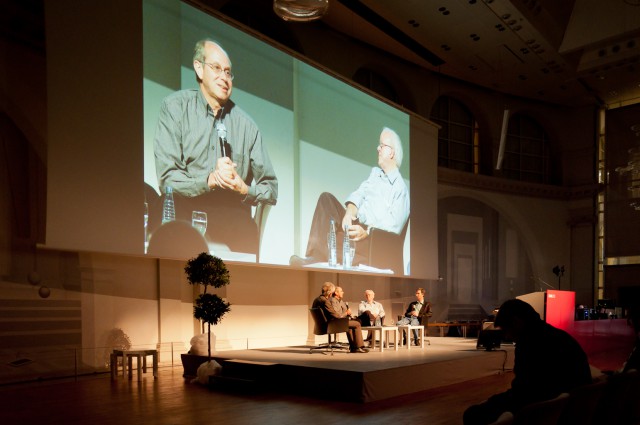 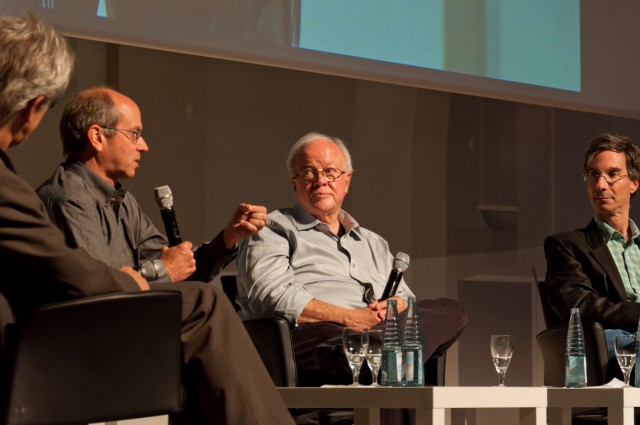 Cool workshop on Motion Graphics in TRON: Legacy, several short film and music video projects and many other things, inspiring and interesting. Check out some of his material on his website.

A great demonstration of how Pixar is willing to develop new crowd simulation and animation systems for every new movie they create, adjusted to the very special needs of each case. 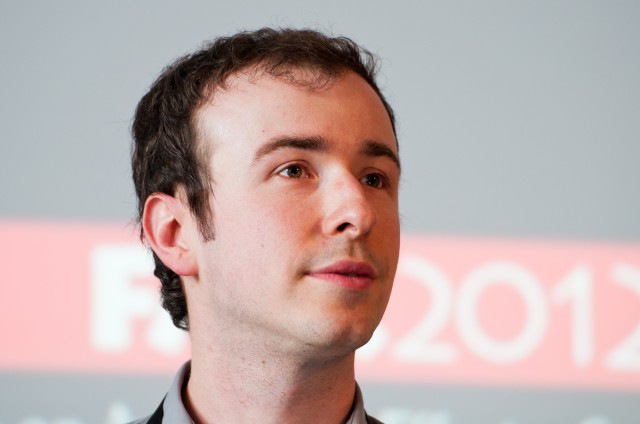 Virtual Production: World Building – a presentation on the movie “Upside Down”, by Mario Janelle (Speedcam) and Alex McDowell (5D Institute) 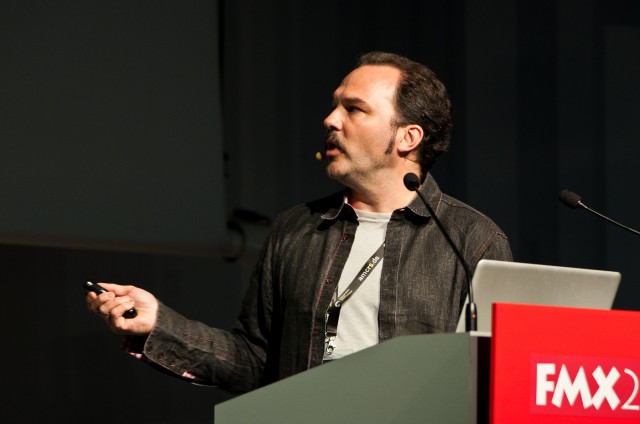 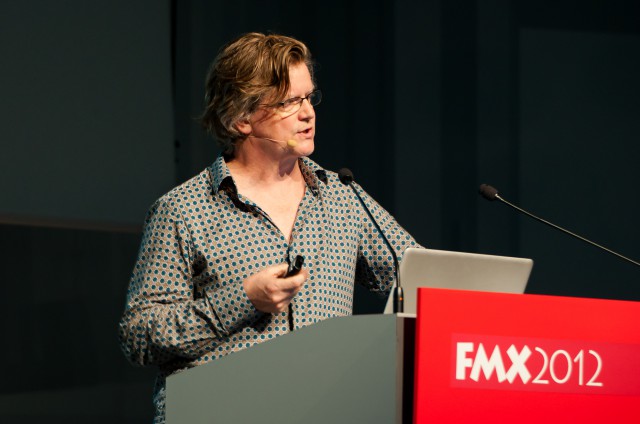 This talk was an impressive and very visionary presentation of what is possible in terms of almost-real-time production of visual effects on stage, enabling heavy special effects within the budget of a television series. Long-term goal: Special effects in real-time TV programming. 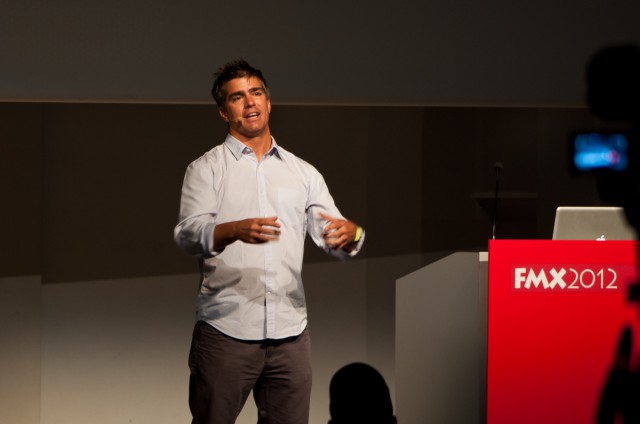 A great breakdown of how the trailer for this year’s FMX was created, including a lot of design inspiration and some material on how the 3D-effect was applied to the very different scales appearing in this trailer (in shutter 3D and a 550-seat cinema).

The pure awesomeness of the visual effects in this movie, in great breakdowns and many interesting details. Followed by a screening of the movie (highly recommended). 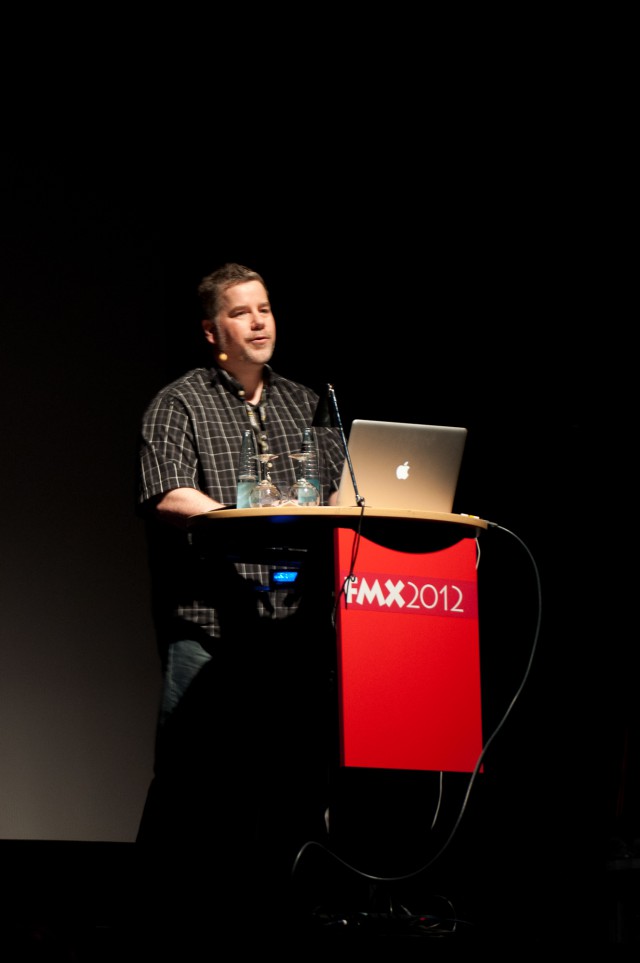 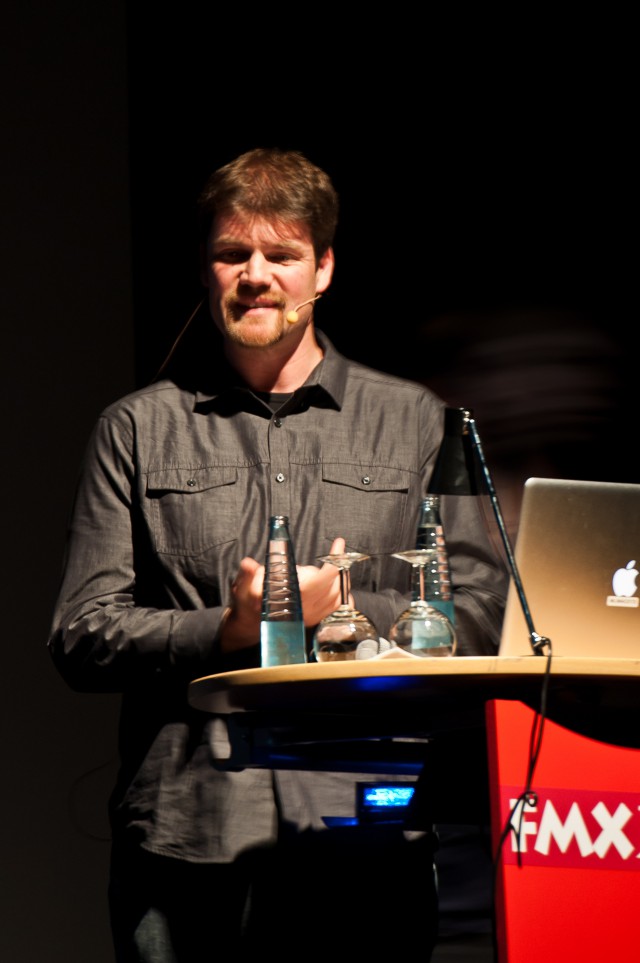 The whole event was great, and I want to thank the Blender Foundation, Thomas Dinges and the complete Blender FMX Team and mailing list for the commitment to this event, and to the FMX Conference team and all speakers for an amazing event.